The capacity-building workshop on Preventing/Countering Violent Extremism, on which this Practitioners’ Guide is based, came at the right time for the Governing Board, Regional Peace Councils, Regional Executive Secretaries and Management of the Head Office of the National Peace Council, considering the threats posed by terrorism and violent extremism in West Africa and the Sahel and in other neighbouring countries.

Even though Ghana has consistently been celebrated as a stable democracy, growing fears of the spread of extremist groups across the sub-region — given the porous borders — have heightened discourse within security circles in the country. There are also notable domestic threats that provide fertile grounds for violent extremist actions, including chieftaincy and ethnic clashes, farmer-herder conflicts, violent demonstrations, armed robberies, the proliferation of arms, drug trafficking, political polarisation, vigilante groups, kidnappings and violent communication through the media. 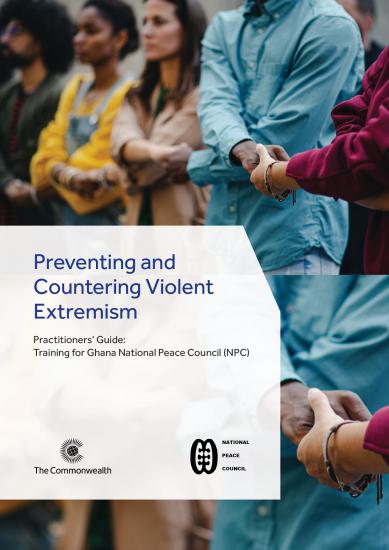