Commonwealth Ministers of Education meeting in Accra for the Seventh Commonwealth Education Conference recommended that 'the Commonwealth Secretariat, in consultation with governments concerned, should assemble information on the steps being taken to implement programmes of universal primary education (UPE) in member countries and make this information available to other countries'.

The survey reveals that a number of countries, even among those which had recently gained independence, have enjoyed universal primary education for some considerable time. It also reveals that some countries have adopted an evolutionary approach to UPE rather than try to set fixed target dates for it.

The high cost of formal schooling has been a major factor in delaying the implementation of UPE in most countries and so a particularly valuable feature of this report is that which describes the alternative and compensatory efforts being made by a number of countries to achieve UPE. 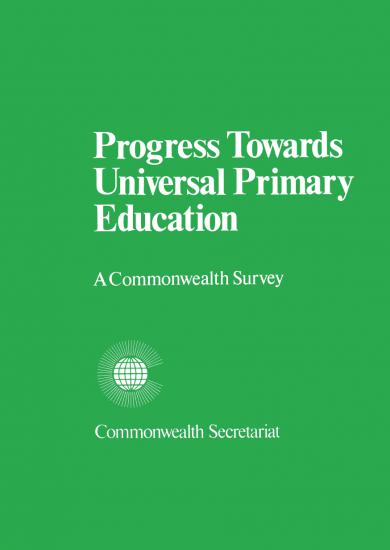