This issue of Commonwealth Trade Hot Topics considers the impact of natural disasters on Commonwealth small states and reviews potential pathways to enhance the disaster resilience of these vulnerable countries. It starts by examining the relationship between small states and trade. It then reviews the three mechanisms through which trade is affected when natural disasters strike: direct losses to exports, losses to trade facilitation assets and indirect losses. It concludes by offering suggestions for enhancing the resilience of Commonwealth small states, with actions for both the international community and small states themselves. 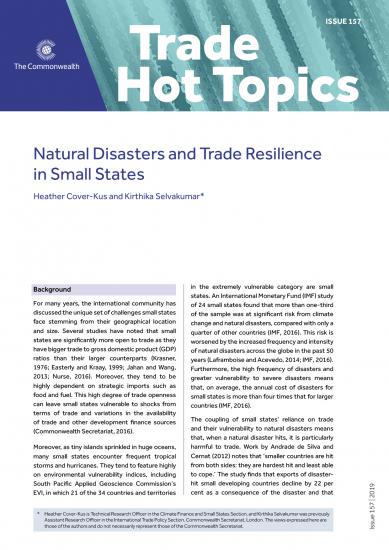