The Report of the Commonwealth Observer Group for the Kenya elections, held 4 March 2013. The Group was led by HE Mr Festus Mogae, former Prime Minister of Botswana.

The Group found that despite some shortcomings the 2013 General Elections in Kenya were credible. The Report offers a series of recommendations to help improve aspects of the process, including the need to ensure that electoral timelines are established in a manner that facilitates the timely and effective administration of the election, and the need to implement the provision in the Constitution for a gender quota to provide for gender balance in the parliament. 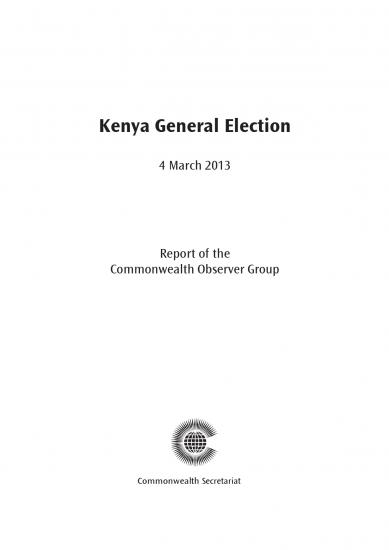