One of the most prominent factors contributing to sluggish global trade growth in recent years has been the rebalancing of China's economy from being investment-oriented to consumption-driven since 2012. This has resulted in dwindling import demand for commodities and raw materials from many Commonwealth countries, as well as a slump in commodity prices worldwide. This paper explores the impacts of China's sluggish economic growth on Commonwealth member countries' long- and short-run trade dependencies. Its findings suggest that, while all areas of Commonwealth member countries have suffered from trade contraction, two significantly affected areas are Commonwealth sub-Saharan Africa (SSA) and Commonwealth small and vulnerable economies (SVEs). Its trade elasticity estimation suggests that Commonwealth trade dependency on Chinese economic expansion has faltered since 2011. It also finds that, while the Global South's relative significance in Commonwealth trade has been almost stagnant during the past decade, for Commonwealth SSA and SVEs it has continued to rise. 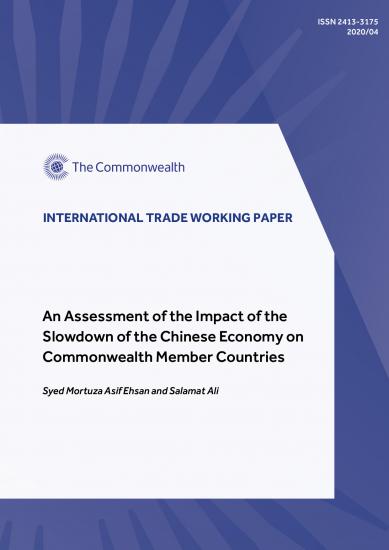